The search for Planet X 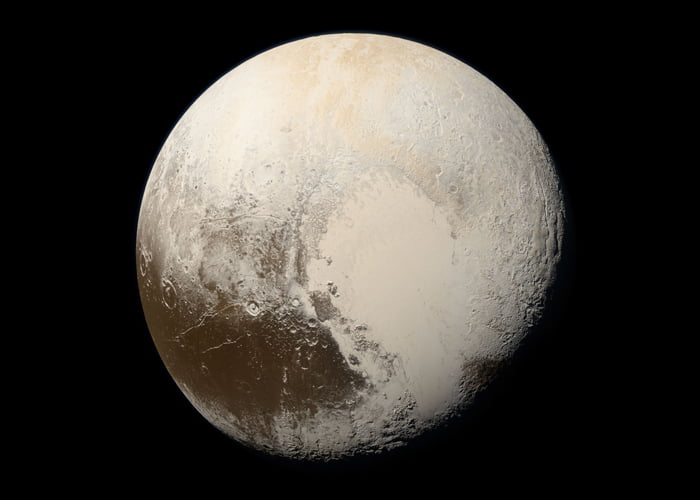 Above: Now classed as a dwarf planet, Pluto was discovered in February 1930 by Clyde Tombaugh. Image credit: NASA/JHU APL/SwRI/A. Parker.

AT A TIME WHEN WE ARE FINDING PLANETS by the hundred orbiting stars other than our own, it is worth recalling the last time when the number in the Sun’s family last increased by just a single planet. That was on February 18, 1930.

Such an increase had occurred twice before; in 1781 when William Herschel first spied Uranus, adding to the five planets known to the ancients (six including the Earth), and then in 1846, when Johann Galle announced his discovery of Neptune, bringing the total to eight.

While Herschel had discovered Uranus by chance (looking in the right place at the right time), Neptune was found as a consequence of complex calculations.

Astronomers tracking the movements of Uranus against the background stars found small deviations from the predicted path and hypothesised that it was being pulled off course by the gravity of an unknown eighth planet.

The mathematicians circumscribed the area of the night sky where the postulated planet lay, and in time, assiduous observation tracked it down.

When the path of Neptune appeared to diverge slightly from that forecast for it, a ninth planet was hypothesised, most strongly by Percival Lowell, a wealthy Bostonian who had set up an observatory under the dark, clear skies of Flagstaff, Arizona.

There, he planned to search for his “Planet X”.

As with Neptune, calculations were to guide the choice of where to look, but Lowell died in 1916 before much progress had been made.

Legal wrangles between his widow and the observatory over his legacy delayed further searches until 1929, when the task was taken up by young, newly appointed Clyde Tombaugh, a farm-boy from Kansas, who had impressed the observatory management with some of his astronomical drawings.

The search promised to be laborious. Tombaugh took pairs of images of likely areas of the sky; each pair spaced a week or so apart. He then compared them, using an optical device that flicked quickly from one image to the other and back again.

He was looking for points of light that appeared to jump back and forth against the steady background of the stars. Hundreds of such pairs might need to be compared.

Success came surprisingly quickly. With a few months he had found what he sought. Comparing images taken on January 23 and 29, 1930, he saw a faint flicker. Planet X had revealed itself by not standing still.

The date of the discovery was February 18, but it was not announced until 13 March on what would have been Lowell’s 75th birthday (and 200 years to the day since Herschel had told the world about Uranus).

Having made the discovery, the Lowell Observatory had first rights on naming it, and moved quickly for fear that someone else might name the new planet first. They announced their choice a few months later.

A thousand suggestions had been received from around the world.  The first names of Lowell (Percival) and his wife (Constance) were considered but rejected.

“Pluto” was suggested by an 11-year-old English school girl with an interest in mythology. All the other planets had been named after gods, so this one should be too, she argued.

Pluto was the god of the underworld. The fact that the first two letters of the name were Lowell’s initials no doubt helped the decision, which had been unanimous.

Doubt still lingered that Tombaugh had actually found Planet X. Through even the most powerful telescopes, Pluto was very faint and showed no visible disc, as the other planets did.

Appearing as a starlike point of light, it was clearly very small. Was it massive enough to shift the orbit of Neptune?

Over the years since its discovery, estimates of its mass have declined greatly, from about the mass of the Earth down to one five hundredth of that. Its main moon, found in 1977, is almost as big as it is.

A slight adjustment in the estimated mass of Neptune, made after a deep space fly-by, then did away with the need for the gravitational tug of a Planet X altogether.

Even though Pluto was located quite close to where Lowell had predicted Planet X to be, that now appears to have been just a coincidence, and its discovery, like that of Uranus two centuries earlier, had been a matter of chance.

Recently, of course, Pluto has suffered the indignity of losing its planetary status. It is now regarded as only one of a number of similar objects orbiting the Solar System, far out in the icy darkness of the Kuiper Belt.

Though now classified as a ‘dwarf planet,’ interest in it has not waned. The deep space probe New Horizons flew past Pluto in 2015, revealing a rugged landscape crafted from frozen methane.