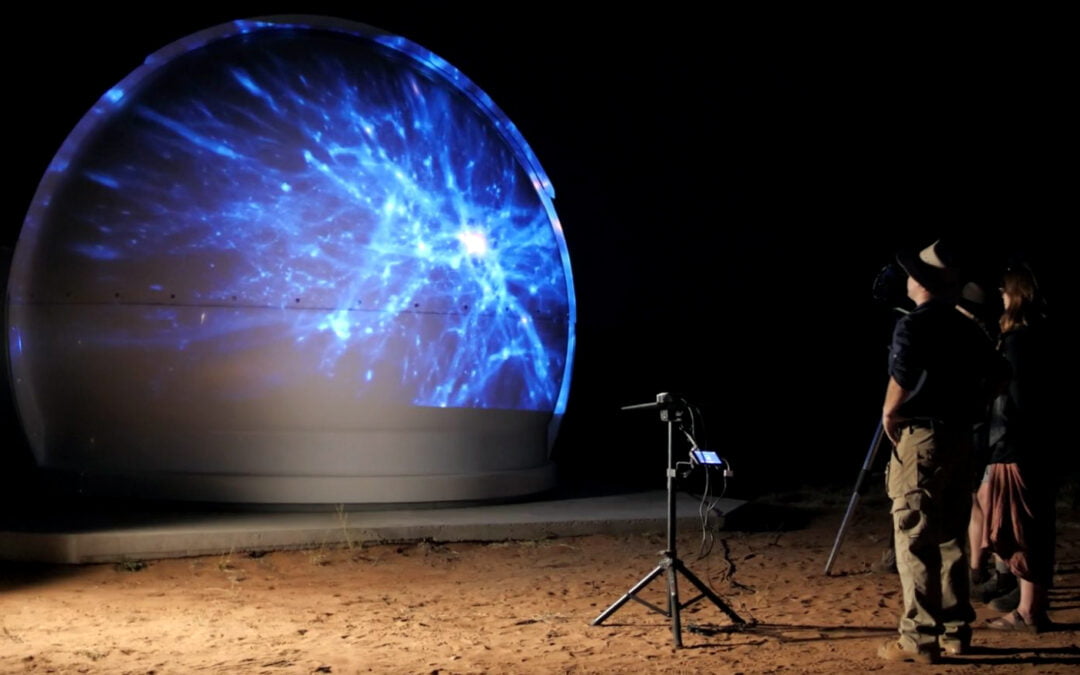 A new festival that celebrates our historic and current connection with the night sky, will be held at Earth Sanctuary in Alice Springs from May 6 to 14, 2021.

The Dark Skies Festival “will take visitors on a journey of light, sound and darkness beneath one of the greatest night skies in the world”.

Earth Sanctuary has partnered with the Artist Expedition Society to deliver the event, which will showcase a combination of art, science and culture.

Over nine nights, visitors will enjoy projection-based artworks by a range of artists, plus scientific talks, musical performances, workshops.

There should also be some activity in the sky, as the event coincides with the Eta Aquariids meteor shower, which is expected to peak on the morning of May 7.

“The Moon, stars and constellations have played a central role among cultures for as long as we can remember. It is often stated that astronomy was the first science, as it represents the human connection to the cosmos, inspiring thought, art, ceremony and social behaviour,” said Tom Falzon, Director, Earth Sanctuary and Festival Co-Director.

“The Dark Skies Festival at Earth Sanctuary offers space enthusiasts and artists a rare opportunity to celebrate the night sky in a region that offers one of the best viewing conditions on the planet.”

“It’s really exciting to see another incredible event on the calendar for Central Australia.

“The Red Centre is full of incredible attractions, and the wonders of its huge, star-studded night skies are up there among the most mesmerising,” said the Northern Territory’s Minister for Arts, Culture and Heritage, Chansey Paech.

“This event will see art, science and the natural wonders of Central Australia bring people together.”

Tickets will go on sale this month. For more information, visit https://earth-sanctuary.com.au/dark-skies-festival.