Perseverance rover is on its way to Mars 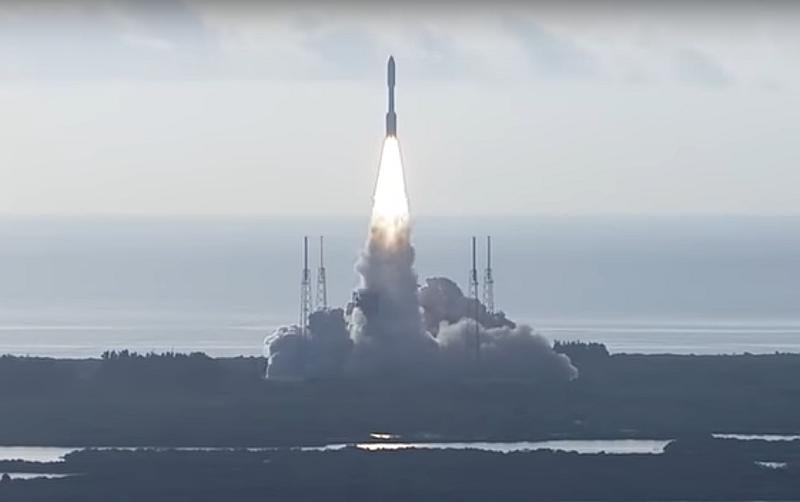 NASA’S LATEST AND MOST AMBITIOUS MISSION to Mars was successfully launched in the early hours of Friday, July 31 (Sydney time), ascending on an Atlas V rocket from Space Launch Complex 41 at Cape Canaveral Air Force Station in Florida.

Carrying a rover called Perseverance and a mini-helicopter called Ingenuity, the Mars 2020 mission aims to study the Red Planet’s surface, search for signs of extinct microbial life and prepare samples that will be returned to Earth by future missions.

The launch vehicle first placed the spacecraft into a parking orbit around Earth, before the Centaur upper stage fired for a second time to send the mission on its trajectory to Mars.

The target is Jezero Crater, which Thomas Zurbuchen — associate administrator for NASA’s Science Mission Directorate at the agency’s Washington headquarters — said is “the perfect place to search for signs of ancient life”.

“Perseverance is going to make discoveries that cause us to rethink our questions about what Mars was like and how we understand it today,” said Zurbuchen.

“As our instruments investigate rocks along an ancient lake bottom and select samples to return to Earth, we may very well be reaching back in time to get the information scientists need to say that life has existed elsewhere in the universe.”

The rover is equipped with instruments to detect certain “signs of past microscopic life on Mars”. But the best analyses can only be done in laboratories here on Earth, so Perseverance will collect and cache some samples and leave them on the Martian surface… to be collected and brought back to Earth by follow-on missions.

The Mars 2020 mission will also test technologies that will help humans one day explore the planet, such as extracting oxygen from atmospheric carbon dioxide.

Known as MOXIE, the Mars Oxygen In-Situ Resource Utilization Experiment aims to demonstrate technologies that could be used for producing oxygen for breathing and for combining with for rocket fuel for propulsion.

The Ingenuity Mars Helicopter — which is flying to Mars attached to the underside of Perseverance — aims to show that flight is possible in the thin Martian atmosphere.

The tiny, solar-powered flying machine can carry store enough electricity for only one, 90-second flight per day. Mission scientists are hoping to get five flights out of it.

If Ingenuity is successful, future helicopters could be used as scouts for rovers and astronauts, helping them to find their way across the harsh Martian landscape.

Mars 2020 is due to land in Jezero Crater on February 18, 2021. Like the similar Curiosity rover before it, Mars 2020 will first decelerate through the Martian upper atmosphere, protected by a heatshield. It will then deploy parachutes to continue the descent, before finally firing rockets to slow itself for the landing.

Mars 2020 is carrying a radar and camera system to help it choose the best spot on which to land, avoiding rocks and other obstacles.