Meade celebrates 50 years as it looks ahead 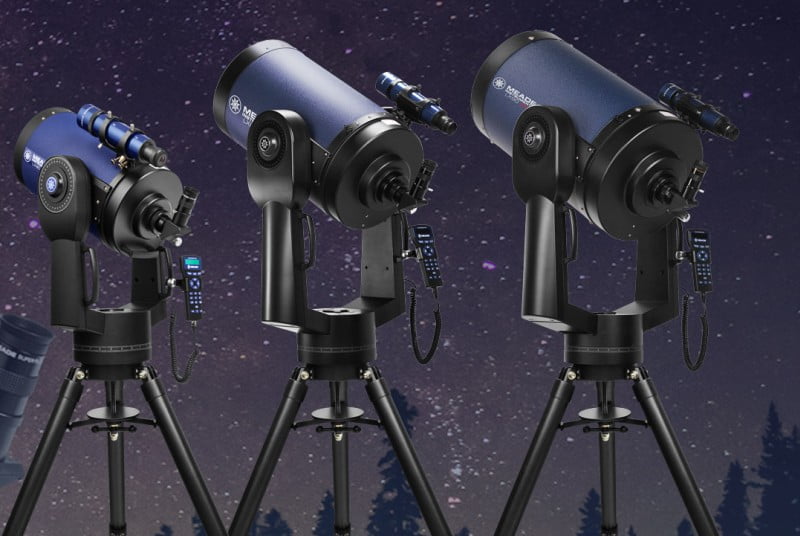 AFTER A TUMULTUOUS LAST FEW YEARS, involving a large legal case and supply chain disruptions, the Meade telescope brand is poised for a stellar future as it celebrates its 50th birthday.

According to Optronics Technologies, in November 2019, a US Federal Court jury found that Ningbo Sunny Electronic Co. — the owner of Meade Instruments Corp. at the time — “had engaged in price fixing, market allocation, attempted monopolisation, conspiracy to monopolise, and lessening competition/creating a monopoly in telescope manufacturing”.

Optronics Technologies, the plaintiff in the case, said that within days of the verdict, “the Defendant placed Meade Instruments Corp. into administrative bankruptcy to impede collection of the judgment awarded as a result of the jury determination”.

In January 2021, Meade began to experience supply chain disruptions as a result of violations of the judge’s order that the Chinese factory supply Meade and Orion (despite an agreement with Orion that Orion would not put a collection lien on payments back to the Defendant on Meade orders).

“What is not widely known is that starting in 2014 (soon after its 2013 illegal acquisition of Meade), the Defendant had implemented a concentrated plan to offshore Meade’s supply chain,” Optronics Technologies said.

“Hence, this 2021 refusal to ship in defiance of the Court order, caused Meade, already operating under bankruptcy protection, to have to cancel numerous reseller orders for both factory and direct import orders. The result was a ripple effect of discord, hardship and end-user customer dissatisfaction issues for Meade resellers.”

“Despite the challenges associated with Meade given supply chain disruptions and the onset of the COVID-19 pandemic, Orion stepped in to rescue Meade from liquidation with a reorganisation plan effective June 1, 2021.”

With that saga behind it, Optronics Technologies/Orion focused on re-setting the newly formed Meade corporate entity and building for the future. It says that in the 12 months since mid-2021 it has:

Ramped production at its North America factory. According to Optronics Technologies, Meade’s Mexico telescope factory is the largest consumer telescope factory outside of China. The company says it has made “significant investments of funds and bandwidth reshoring the factory’s raw material and parts supply chains, and in manufacturing tooling. The Advanced Coma-Free (ACF) telescope primary, secondary and corrector plate mirror blanks have been and continue to be manufactured exclusively for Meade by a trusted partner in the USA.”

The company says it has also increased the size of its production workforce and conducted cross-training in order to increase production capacity. “Critically, we are rebuilding the North America — USA and Mexico — supply chains in order to source essential parts. We have made quite a bit of progress and began ramping production in Q1 2022 of the LX90, LX200, LX600, tripods, respective OTAs, and select Coronado® telescopes.”

The company says it still has a few issues with the supply chains for StarLock and select Coronado models, “which are being actively worked and we expect to resolve by October” 2022.

Improving product quality. The company says it has invested in quality control engineering and staff resources. “Our product quality confidence is reflected in the increase of the warranty period for Meade-branded product for the original purchaser from one to two years on sales from a Meade Authorised Reseller on or after June 1, 2021. We are also tackling parts availability and pricing for warranty and non-warranty support.”

The company has also bolstered its customer support by investing in increased staffing, workflow software, metrics setting and tracking.

The company has also launched and relaunched new telescopes, accessories and binoculars, one example being that the number of Polaris and Infinity products and accessories available through its Direct Import program has increased in Q2 from four to seven telescopes.

It has also relaunched the popular LX85 EQ mount, the production of which has been brought back to the Mexico factory. First shipments are on track for late August, including 15cm and 20cm ACFs, and 15cm and 20cm reflectors.