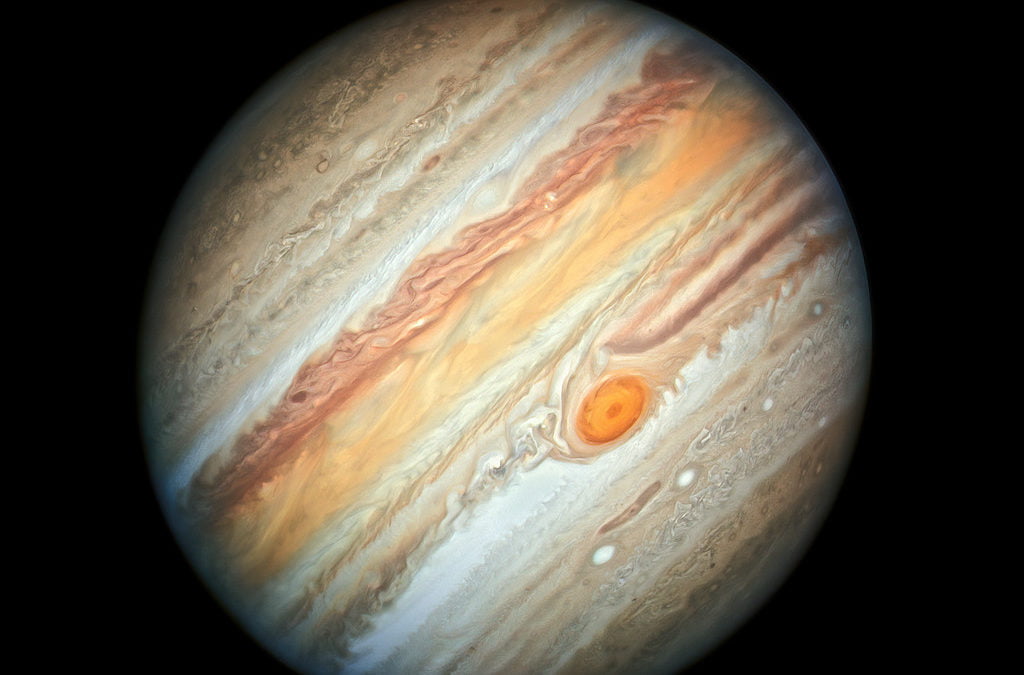 The image above shows amazing detail and colour in Jupiter’s cloud bands, as captured by the Hubble Space Telescope.

The planet’s famous Great Red Spot (GRS) — about twice the diameter of Earth — is prominent. The giant anticyclone is nestled between two bands of clouds that are moving in opposite directions. So the GRS is caught in the middle and slowly rotating under the influence of those moving clouds.

The GRS has been shrinking in size for many years; no one is sure why.

There are other storms in Jupiter’s atmosphere. One, a cyclone, can be seen south of (‘below’) the GRS – it looks like a stretched brown streak. Nearby is a white oval with another further to the right – these are anticyclones, essentially smaller but colourless versions of the GRS.

This image was captured on June 27, 2019, by Hubble’s Wide Field Camera 3, when the planet was 644 million kilometres from Earth.

Hubble’s observations of Jupiter are part of the Outer Planet Atmospheres Legacy (OPAL) program which began in 2014. Under this program, time is set aside each year for Hubble to image the outer planets of the Solar System.