How stars create the elements 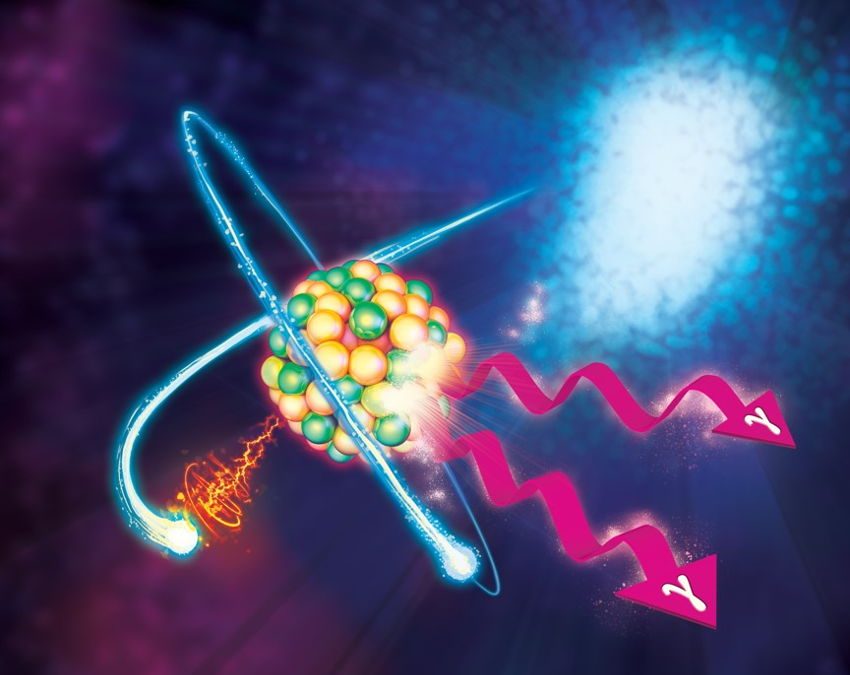 New research involving The Australian National University (ANU) has, for the first time, demonstrated a long-theorised nuclear effect, in a feat that will help scientists understand how stars evolve and produce elements such as gold and platinum.

Physicists first predicted the effect, called nuclear excitation by electron capture (NEEC), more than 40 years ago, but this research was the first positive observation and has achieved the first quantified measurement of the phenomenon.

Co-researcher Dr Greg Lane said the new research would improve scientific understanding of the nuclear reactions that occur in stars.

“The abundance of the different elements in a star depends primarily on the structure and behaviour of atomic nuclei,” said Dr Lane from the ANU Research School of Physics and Engineering. “The NEEC phenomenon modifies the nucleus lifetime so that it survives for a shorter amount of time in a star.”

The NEEC effect occurs when an ionised atom captures an electron, giving the atom’s nucleus enough energy to transition to a higher excited state.

ANU and other research institutions in the United States, Poland and Russia supported the project, which was led by the U.S. Army Research Laboratory.

Dr Lane said the NEEC phenomenon could also potentially be harnessed as an energy source with 100,000 times greater energy density than chemical batteries. “Our study demonstrated a new way to release the energy stored in a long-lived nuclear state, which the U.S. Army Research Laboratory is interested to explore further,” he said.

The research team observed the NEEC effect by producing an exotic isotope, molybdenum-93, in an excited state with a half-life of about seven hours.

Dr Lane said the NEEC effect accelerated the isotope’s decay through an excitation pathway with a unique set of gamma rays, different from the normal pathway, which are a signature of NEEC.

The Heavy Ion Accelerator Facility at ANU was used to confirm that the NEEC signature would be unique, in readiness for the discovery experiment that used the ATLAS Accelerator at Argonne National Laboratory in the United States.

The Heavy Ion Accelerator Facility uses electricity and magnets to guide particles and speed them up to extreme energies to study the internal make-up of atomic nuclei, and how they behave when they collide.

Adapted from information issued by the ANU.