Hipparchus and the equinoxes 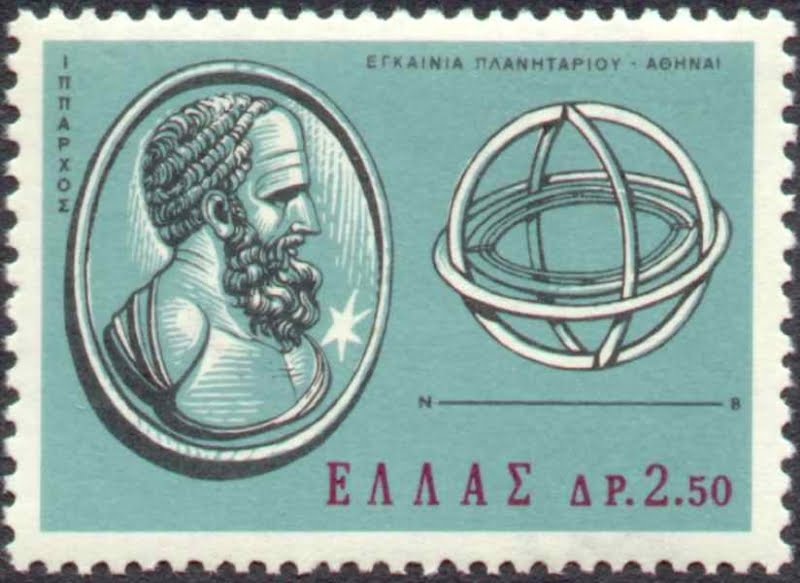 Oft overlooked, Hipparchus was a pioneer of astronomy in the ancient world.

AS WITH SO MANY OF THE GREEK ASTRONOMERS who got the science going more than 2,000 years ago, we know little more than the basics about the life of Hipparchus. Evidence suggests he was born in Nicaea in modern Turkey around 190 BCE, and died in Rhodes some 70 years later, but that is about all.

Likewise, we have almost no accounts of his discoveries in his own hand. He reputedly wrote 14 books but only one has survived. The rest are long lost, together with so much the science and literature of the ancient Greeks.

But the writings of later astronomers contain many references to his achievements, showing how productive and well-regarded he was. Much of what the highly influential Ptolemy wrote in his famous Almagest a few centuries later was based on and extended upon the work of Hipparchus.

Hipparchus was a mathematician as well as an astronomer, basically inventing trigonometry, which allows for calculations involving triangles. Those triangles can be on the surface of a sphere, which helps astronomical calculations in particular.

He was also a pioneer in geography, showing that measuring the positions of stars relative to the horizon could determine the latitude of a location, and proposing that simultaneous observations of a lunar eclipse at widely separated locations could determine the separation of those locations in longitude (although not practical at the time because suitable clocks did not exist).

But Hipparchus was mostly an astronomer, arguably the greatest in ancient times. He did vital observations and calculations on the sizes, distances and complex motions of the Moon and the Sun. From that work, he may have been the first to devise a way of predicting lunar eclipses.

He also improved, and may have invented, the key observing instruments of the time, the astrolabe, as well as the armillary sphere.

For a time, Hipparchus favoured the idea that the Earth went round the Sun, as Aristarchus had done. But he found that, in such a system, the orbits of the planets could not be the perfect circles which the science of the times, following Aristotle, decreed they should be. So he rejected the model, helping ensure that the Earth-centred universe remained the conventional wisdom for the next 1,500 years until Copernicus.

Hipparchus is best known for discovering the millennia-long rhythm in the motions of the heavens known as the precession of the equinoxes. And late in life, he drew the first known star map, marking the positions of over eight hundred stars. He may have been stimulated to do this by the sudden appearance of a ‘new star’ (a nova or supernova) whose position he wanted to record.

Hipparchus also compared the time taken for the Sun to go once around the ecliptic and return to an equinox (the ‘tropical year’) with that time taken for the Sun to return to the same position relative to the fixed stars (the ‘sidereal year). They were not quite the same. It seemed that the equinox was not a fixed point relative the stars but was moving (‘precessing’) westward through the zodiac at not less than one degree a century.

David Ellyard pioneered astronomy on Australian TV in the 1980s with the Skywatch program on the ABC.