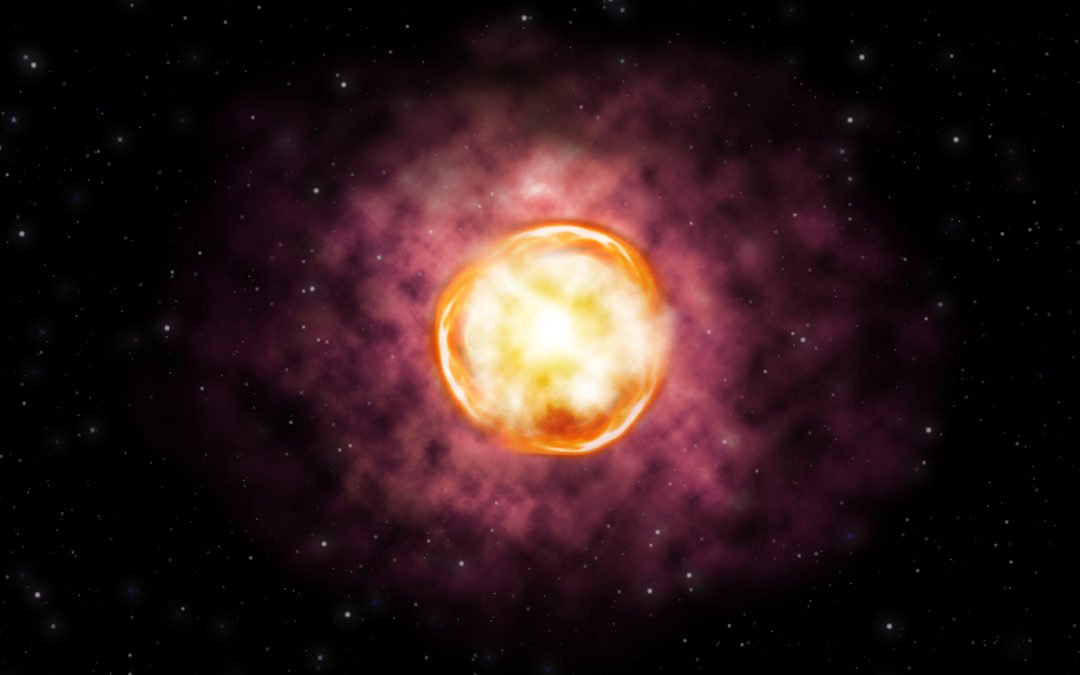 US-based scientists have detailed the death throes of an unusual star 200 times the mass of the Sun, in a galaxy one billion light-years from Earth.

The unusual supernova is challenging what scientists think they know about supernova explosions, and gives clues to what the life-and-death cycle of the earliest stars might have been.

The exploding star, given the catalogue number SN2016iet, was first spotted by the European Space Agency’s Gaia satellite in November 2016.

Three years of follow-up observations revealed that this supernova was unusual. The long duration of the event, coupled with the large amount of energy released, a strange chemical composition and a low amount of heavy elements (what astronomers call ‘metals,’ even though they’re not necessarily metals in the everyday sense) made this supernova stand out.

The astronomers couldn’t find any records of other supernovae with such an unusual combination of characteristics.

“When we first realised how thoroughly unusual SN2016iet is my reaction was ‘Whoa – did something go horribly wrong with our data?’” said Sebastian Gomez, a Harvard University graduate student and lead author of the scientific paper in the Astrophysical Journal that describes the supernova.

“After a while we determined that SN2016iet is an incredible mystery, located in a previously uncatalogued galaxy one billion light-years from Earth.”

To gain a full understanding of what was going on, the team pressed a variety of telescopes into service, including those of the Center for Astrophysics–Harvard & Smithsonian MMT Observatory (at the Fred Lawrence Whipple Observatory in Amado, Arizona) and the Magellan Telescopes (Las Campanas Observatory, Chile).

The observations showed that SN2016iet was quite different to the thousands of supernovae observed by scientists for decades.

“Everything about this supernova looks different — its change in brightness with time, its spectrum, the galaxy it is located in, and even where it’s located within its galaxy,” said Dr Edo Berger, Professor of Astronomy at Harvard University and an author on the paper.

“We sometimes see supernovae that are unusual in one respect, but otherwise are normal; this one is unique in every possible way.”

The star that exploded was initially 200 times the mass of the Sun and formed approximately 54,000 light-years from the centre of its host, a dwarf galaxy.

During a short lifetime of only a few million years, the star lost about 85% of its mass via a huge stellar wind that carried that mass out into space.

When the explosion occurred, high-speed debris was shot out into space, eventually catching up with the earlier-released material… heating it and making it glow.

These negative images show SN2016iet long before it exploded (left, as seen in September 2014) and again approximately two years after the explosion (right, as seen in July 2018). Note how far the huge star — around 200 times the mass of our Sun — was from the centre of its host galaxy. Credit: Center for Astrophysics.

The astronomers think SN2016iet is the first strong example they’ve seen of what is known as a ‘pair-instability supernova’. This is where the production of pairs of electrons and anti-electrons (positrons) in the star’s core cause a temporary drop in pressure.

The pressure drop leads to the star collapsing in on itself in an instant, which dramatically raises the pressure again and causes the star to annihilate itself by exploding outwards.

“The idea of pair-instability supernovae has been around for decades,” said Berger.

“But finally having the first observational example that puts a dying star in the right regime of mass, with the right behaviour, and in a metal-poor dwarf galaxy is an incredible step forward.

“SN2016iet represents the way in which the most massive stars in the universe, including the first stars, die.”

The team plans to continue to monitor SN2016iet.

“Most supernovae fade away and become invisible against the glare of their host galaxies within a few months. But because SN2016iet is so bright and so isolated we can study its evolution for years to come,” said Gomez.

“These observations are already in progress and we can’t wait to see what other surprises this supernova has in store for us.”