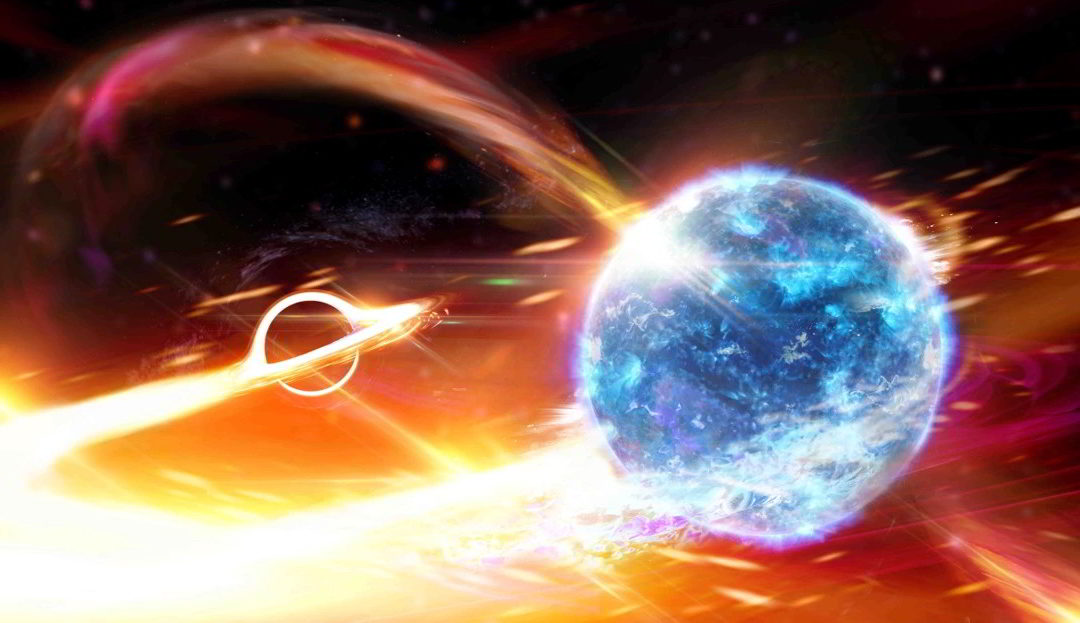 Scientists say they have, for the first time, likely detected a black hole devouring a neutron star.

The detection was made on August 14, 2019, using gravitational-wave observatories in the United States and Italy.

The observatories’ detectors picked up the characteristic ‘ripples’ in space and time expected from such an event, which occurred approximately 8,550 million trillion kilometres from Earth.

A black hole is the super-dense remains of a ‘dead’ star. A neutron star also is a super-dense stellar remnant, but one step removed from being a black hole.

The team that made the detection includes researchers from the Australian National University (ANU).

Professor Susan Scott, from the ANU Research School of Physics, said the discovery has completed the trifecta of detections on the team’s original wish list, which included the merger of two black holes and the collision of two neutron stars… both of which have already been detected.

“About 900 million years ago, this black hole ate a very dense star, known as a neutron star, like Pac-man — possibly snuffing out the star instantly,” said Professor Scott.

Scott is leader of the General Relativity Theory and Data Analysis Group at ANU and a Chief Investigator with the ARC Centre of Excellence for Gravitational Wave Discovery (OzGrav).

It was possible the merger between the black hole and neutron star could have resulted in the release of a visible light flash or glow.

“The ANU SkyMapper Telescope responded to the detection alert and scanned the entire likely region of space where the event occurred, but we’ve not found any visual confirmation,” said Scott.

Although the exact masses of the two objects still need to be precisely determined with more analysis of the data, the researchers are confident they’ve caught a black hole-neutron star event.

“Scientists have never detected a black hole smaller than five solar masses or a neutron star larger than about 2.5 times the mass of our Sun,” Professor Scott said.

“Based on this experience, we’re very confident that we’ve just detected a black hole gobbling up a neutron star.

“However, there is the slight but intriguing possibility that the swallowed object was a very light black hole — much lighter than any other black hole we know about in the Universe.

“That would be a truly awesome consolation prize.”

The ANU has a lead role in Australia’s partnership with the Advanced Laser Interferometer Gravitational-wave Observatory (LIGO).

LIGO comprises twin detectors in the US, and is said to be the most sensitive scientific instrument ever built.

The gravitational-wave detector in Italy, called Virgo, belongs to the European Gravitational Observatory.

OzGrav, or the ARC Centre of Excellence for Gravitational Wave Discovery, is funded by the federal government through the Australian Research Council Centres of Excellence funding scheme.

Pictured above: An artist’s impression of a black hole (left) about to swallow a neutron star (right). Courtesy ANU.