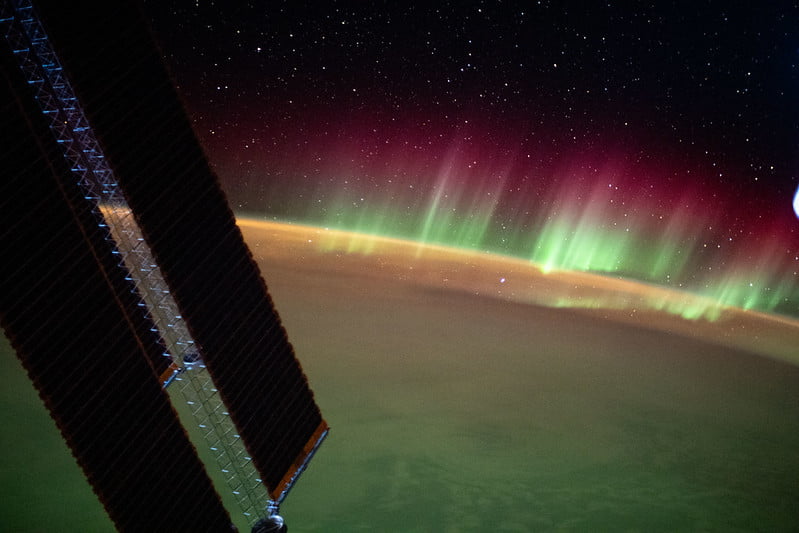 THESE IMAGES of the aurora australis or ‘southern lights’ were taken by astronauts aboard the International Space Station, orbiting at an altitude of 438 kilometres above ground level.

The aurora australis (and its Northern Hemisphere sibling, the aurora borealis) is an atmospheric phenomenon produced by charged particles from the Sun striking atoms and molecules in Earth’s thin upper atmosphere, causing them to emit light of specific colours.

The aurora is chiefly seen from high latitudes and the polar regions, as that is where the Earth’s magnetic field lines converge and channel the charged particles downwards onto the top of the atmosphere.

The pictures shown here were taken when the Station was orbiting over the southern Indian Ocean in between Asia and Antarctica.