Asteroid mission to land in Australia in December 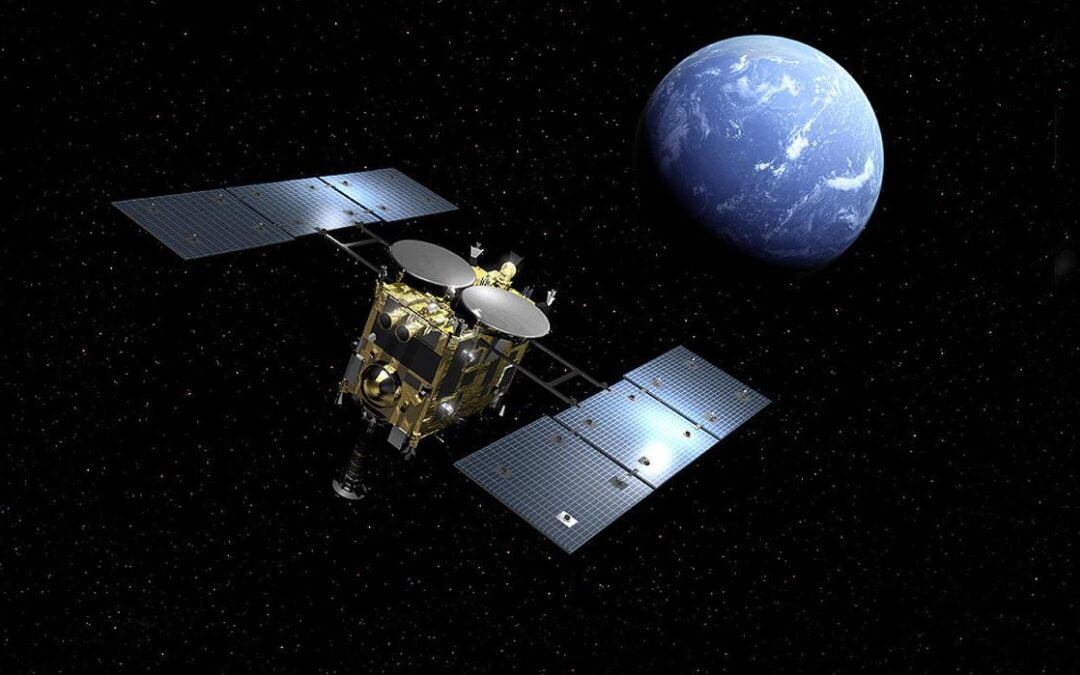 ABOVE: An artist’s impression of Hayabusa2 returning to Earth in December 2020. Courtesy JAXA.

THE LANDING DATE FOR THE HAYABUSA2 MISSION’S sample-return capsule has been announced. The craft will touch down within the Woomera Prohibited Area in South Australia on December 6, 2020.

Hayabusa2 is bringing back to Earth, samples collected from the asteroid Ryugu. The study of asteroids offers insights in the origin and evolution of the Solar System and the materials that make up the planets and other bodies.

Having arrived, beginning in September 2018 Hayabusa2 deployed a lander and two rovers onto the asteroid’s surface, and also collected two samples of surface materials, in February and July 2019.

Hayabusa2 departed Ryugu in December 2019 for the return trip to Earth. Upon reaching home in December, the spacecraft will detach a heatshield-equipped, sample-carrying capsule, which will enter Earth’s atmosphere and then parachute into the Australian desert.

The Australian Space Agency and JAXA are currently working through the red tape of JAXA’s application for an Authorisation of Return of Overseas Launched Space Object, which needs to be completed in accordance with Australia’s Space Activities Act (1998).

Because the landing site is within the Woomera Prohibited Area, Australia’s Department of Defence will be involved to provide support and access. Australia’s Defence Science and Technology Group will also be involved, in the form of joint scientific investigations with JAXA.

This is not the first time a Japanese spacecraft will have used the Woomera landing site. In 1996, Japan conducted its Automatic Landing Flight Experiment campaign at Woomera, involving landing tests of a small space shuttle-like test craft. And back in 2010, JAXA’s first asteroid sample-return mission, Hayabusa, successfully touched down at Woomera after landing on another asteroid named Itokawa.

“The successful return of Hayabusa in 2010 is a great example of achieving shared ambition with international counterparts through partnership. This activity again highlights the role Australia can play in the growing space economy. We look forward to working with JAXA, and encouraging entrepreneurship while ensuring our activities are safe, in space, and on Earth,” said the head of the Australian Space Agency, Dr Megan Clark.