Most distant images ever made 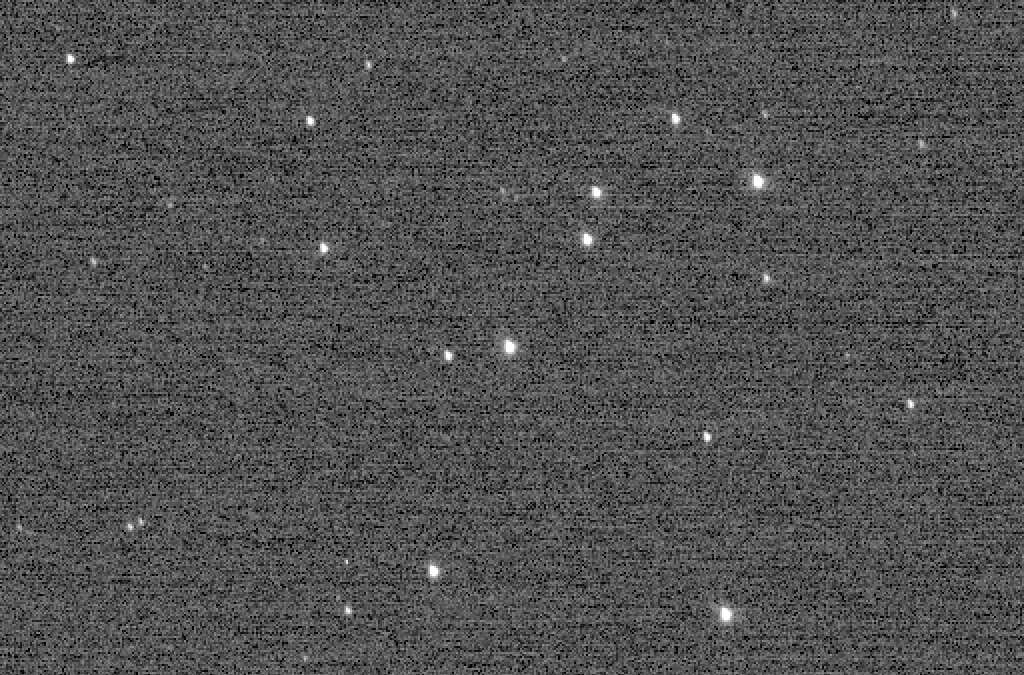 NASA’s New Horizons spacecraft recently turned its telescopic camera toward a field of stars, snapped an image — and made history.

The routine calibration frame of the ‘Wishing Well’ galactic open star cluster, made by the Long Range Reconnaissance Imager (LORRI) on December 5, was taken when New Horizons was 6.12 billion kilometres, or 40.9 astronomical units from Earth — making it, for a time, the farthest image ever made from Earth.

An astronomical unit is a unit of measurement, being the average distance between the Earth and the Sun.

New Horizons was even farther from home than NASA’s Voyager 1 when it captured the famous ‘Pale Blue Dot’ image of Earth.

That picture was part of a composite of 60 images looking back at the Solar System, on February 14, 1990, when Voyager was 6.06 billion kilometres, or about 40.5 astronomical units from Earth.

Voyager 1’s cameras were turned off shortly after that portrait, leaving its distance record unchallenged for more than 27 years.

LORRI broke its own record just two hours later with images of Kuiper Belt objects 2012 HZ84 and 2012 HE85 — further demonstrating how nothing stands still when you’re covering more than 1.1 million kilometres of space each day.

“And now, we’ve been able to make images farther from Earth than any spacecraft in history.”

With its Long Range Reconnaissance Imager (LORRI), New Horizons has observed several Kuiper Belt objects (KBOs) and dwarf planets at unique phase angles, as well as Centaurs at extremely high phase angles to search for forward-scattering rings or dust. These December 2017 false-colour images of KBOs 2012 HZ84 (left) and 2012 HE85 are, for now, the farthest from Earth ever captured by a spacecraft. They’re also the closest images ever of KBOs. Credit: JHU APL / NASA / SwRI

New Horizons is just the fifth spacecraft to speed beyond the outer planets, so many of its activities set distance records.

On December 9 it carried out the most-distant course-correction manoeuvre ever, as the mission team guided the spacecraft toward a close encounter with a KBO named 2014 MU69 on January 1, 2019.

That New Year’s flight past MU69 will be the farthest planetary encounter in history, happening 1.6 billion km beyond the Pluto system — which New Horizons famously explored in July 2015.

During its extended mission in the Kuiper Belt, which began in 2017, New Horizons is aiming to observe at least two-dozen other KBOs, dwarf planets and ‘Centaurs,’ former KBOs in unstable orbits that cross the orbits of the giant planets.

Mission scientists study the images to determine the objects’ shapes and surface properties, and to check for moons and rings.

The spacecraft also is making nearly continuous measurements of the plasma, dust and neutral-gas environment along its path.

The New Horizons spacecraft is healthy and is currently in hibernation.

Mission controllers at the Johns Hopkins Applied Physics Laboratory in Laurel, Maryland, will bring the spacecraft out of its electronic slumber on June 4 and begin a series of system checkouts and other activities to prepare New Horizons for the MU69 encounter.